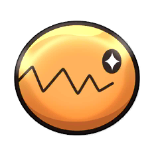 TLDR: Basilisk TLC needs to add a coil ability that makes moving the creature around easier.

Coil: Using the "C" key, the basilisk coils itself in place, and is able to pivot around while being unable to move forward or backward. When a movement key is used, the snake moves in the direction it was facing. Poison spit can be used as normal or in this "coiled" state.

I recently asked some newer players to ark about their experience with the basilisk, and the overwhelming thought was "this is cool but I'll never use it". The problem with this creature stems not from its stats or abilities, but instead from the simple reality that moving it is torture. It has an extremely slow swim speed, insanely wide turning radius, and to top it off it has a narrow front facing bite that can't cover attacks from the sides or rear. Any one of these things isn't the end of the world, but together they make this snake so cumbersome to control and move around the ark with that it doesn't warrant use outside of niche PvP settings. Therefore I suggest a TLC for this creature that focuses on player control rather than moves/abilities: coil.

This new ability resolves a lot of the cheese issues it has with attackers that spin around the back of the creature, while also making sure it can't easily chase agile targets (it has to coil and uncoil each time it wants to pivot). For PvE, it's also valuable for getting unstuck from rocks/trees and adjusting basic movement for easier control. The basilisk already has excellent stats and has a strong bite and poison ability, but is held back so much by basic movement that it doesn't get the attention it deserves. Any thoughts on this ability would be greatly appreciated!