rewards Better Purple/Legendary OSD Loot to make them worth it! 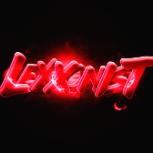 It is largely agreed that Red Orbital Supply Drops (from Extinction) are better than Purple ones both because of the certain loot that they include and because of the much better loot that is given in regards to the time spent on the OSD. They're also easier and faster. Purple OSDs, combined with corrupted creatures not showing up to the OSD (as described here by another fellow survivor: )

could be improved to have better loot for the lengthy time spent on doing a large number of difficult waves. The mentioned issue also makes it near-impossible to do purple OSDs solo as if you go too far to hunt down the creatures that didn't show up, the OSD (or vein) may despawn, and splitting loot is difficult as there's limited items of any value. There also aren't enough items in the loot table resulting in a player getting all the items in the loot table after only a few runs of the OSD which, whilst it is fine for lower difficulty OSDs, should not be the case for the hardest one.

Firstly, here is what I think should be added to Purple OSDs:

Thirdly, here is what I think should be removed from Purple OSDs (whilst still trying to balance the amount of 'not as good items' to 'very good items'):
- Megalania Saddle
- Arthropleura Saddle