By StudioWildcard,
June 26, 2021 in Announcements 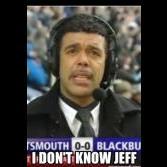 I like the idea of no Tek Dinosaurs, espically with the theme the map has, of a lost jungle ark, that no one has explored.