The new FREE tech suits are over powerd

By SleepinFrosty,
June 4 in General

The problem isn’t the tek suit, it’s your stone base!

Exactly, and it is one-sided complaints/feedback. People not happy with it spend time complaining, whilst people happy with it are spending time playing and enjoying it. Suddenly it gets ner 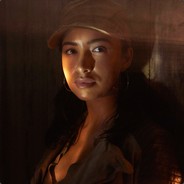 Hopefully WC gives us a Server setting to re-enable it on private Servers.