Anyone else actually enjoy primitive+? 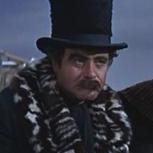