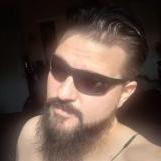 By Osid,
May 4 in Server Advertisements