Three topics and a rant all in one :) 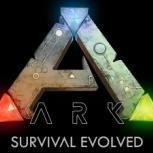 By TmCPitbull,
May 4 in Bug Reports & Support