By StudioWildcard,
April 25 in Announcements

There's been an update to the ruleset based off community feedback.  The rule below has been removed for the upcoming season. There will be a 24 hour cooldown on tribe slot reuse (This means that if someone leaves the tribe, their place cannot be taken by another player (or rejoin) for 24 hours)
Recommended by Joebl0w13

why  are so adamant on being a forum warrior for something you have nothing to do with. here is an idea leave the thread. we are voicing our concern about a game mode WE LOVE TO PLAY. Conquest is t

LOLLL how it will play out? Bro. 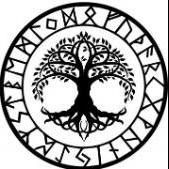 Please extend the 24 cooldown to a 7 day cooldown.