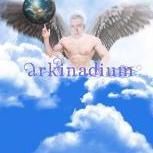 By ARKinadium,
April 18 in General Discussion

I'm not sure how you tested, but it is pretty consistent on my side. Before going into technicalities, let's first reproduce your video and show that going slightly farther toward green obelisk actually make that node spawning again for me: Now that this is out of the way, let's dig into why that is. As you probably know (or not), the map is basically a 5x5 grid of sublevels when it comes to foliages, non-permanent static meshes, etc. For example, something like this: Ke
Recommended by invincibleqc