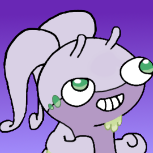 Good day to you, survivors, and behold - Astroteuthis!

I came up with this idea because of being saddened by the fact that there's no (from what I've seen) cephalopod-like creatures, whose I find rather interesting, that aren't strictly bound to water. Then I realized that, by combining real-life vampire squid and already existing in-game Astrocetus, we can get a rather interesting creature, just need to get a lil' creative with it!
I made a dossier-like sketch, of what Astroteuthis could look like and what abilities it could have. It's far not the best, but I tried hard and put my heart and effort into it. 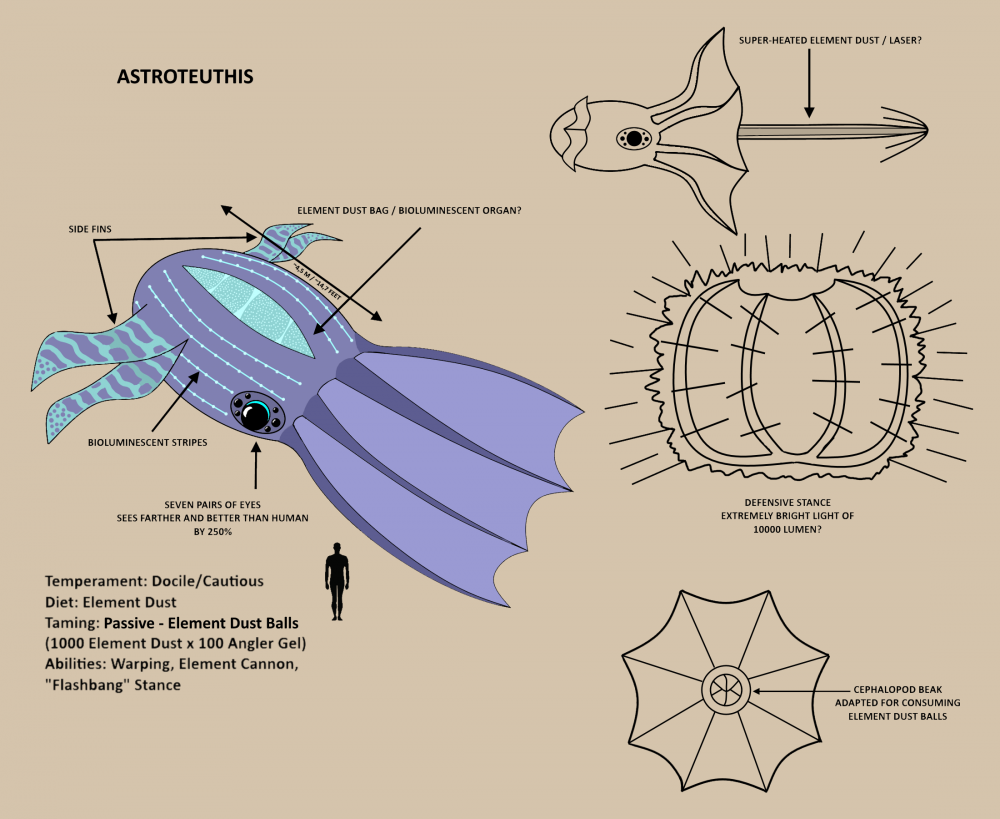 Astroteuthis is a cautious, rather timid creature, but thanks to its size and natural abilities, it still can stand up for oneself in battle. However intimidating it may seem to survivors, who met it for the first time, there's nothing to be scared about this creature, as Astroteuthis never attacks first, and, more importantly, feeds on element dust, coming out of geysers in lunar biome, rather than meat. While in combat, depending on from what range it was attacked, it will retaliate along one of two scenarios:


1. In close combat, it will first cover its body with its webbed tentacles, then it will induce its numerous bioluminescent organs to create an enormously powerful flash that will blind surrounding enemies for a rather long time (from 10 to 15 seconds to fully recover). This form of defense is called The "Flashbang" Stance. Then it will proceed to warp away from combat zone and flee.

2. In case of ranged combat, Astroteuthis will use its natural ability to store, heat up and even shoot element dust from its "mouth" in form of extremely powerful streams that can almost seem to look like lasers. In fact, these streams have been seen to easily crash huge lunar rocks and even leave a dent on Tek structures! And don't think you can easily dodge its shots just because you've maintained distance - combining its 7 pairs of big eyes, that allow it to see much better and further than humans, and its advanced brain, you will have a hard time trying to avoid its Element Cannon.

Its short and webbed tentacles do not allow it to neither hit or get closer to bite foes with its beak. Element Cannon drains a lot of stored element dust as well as creature's power to emit light for the Flashbang Stance.

Since Astroteuthis is rather smart, yet cautious creature, you'll have to carefully approach it and feed it some hand-made Element Dust Balls, which it really is fond of. You can craft them either in mortar and pestle or in chemistry bench by combining 1000 Element Dust with 100 Angler Gel for one Element Dust Ball. Somewhere around 20 balls required to tame a 150 lvl Astroteuthis.

Hope you'll like this suggestion and please let me know what you think about it! Any suggestions are also welcome! And if you liked it, let the developers and other players know that its worth their time!

9 replies to this server topic