By StudioWildcard,
March 19, 2021 in Announcements 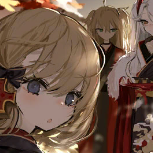 Everyone notice that their paying less and less attention to the details of this game because of ark 2 ?

Unfortunately, we can't enjoy any of these as our server keep crashing non stop every hour or even worse. Thousands of ppl not able to access this nice and lovely wold.