Structures Plus Mod Updates NOT getting pushed to clients consistently. 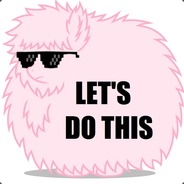 By AshleyLee,
March 11 in General Discussion