By StudioWildcard,
March 5 in Announcements

Hey! I am so happy that my art was featured here! I know it isn't the best, but it was my first digital artwork. I'm so happy to be a part of this community! That's so cool... 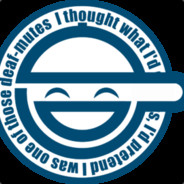 Yea, I'm not convinced this corrupted fix for PVE is an end all be all solution.  What about how OSDs work going forwards?  Now people can just build around the drop points and leave bases at each one