By SubliminalZ28,
February 17, 2021 in General Discussion

They are building it from scratch on a brand new engine that will be upgraded to UE5. If you think the Devs are just going to rebuild the same issues Ark experienced without learning anything over the 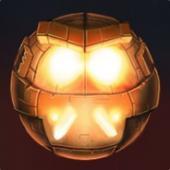 I encourage anyone who is constantly impacted by bugs, performance and the attitude Wildcard demonstrates towards its player base, to voice their frustrations the best they can, by using forums or oth