The Island - Edge of Map killed me, all is lost 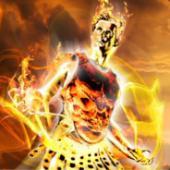 Seems anti-mesh is still working as intended. Screwing over legit players, while doing almost nothing to cut down on the exact thing it was meant to solve