By StudioWildcard,
December 14, 2020 in Announcements

If the light pet chibis don't glow I will be very disappointed. Why not 2x taming, with all the pretty colors coming? Will the chibis still be craftable, since getting presents becomes Death Race

Are you really going to wait a hour for taming most dinos?? I don't think so and they had 2 times taming last Christmas event so I don't know what changed and it should be 2 times everything 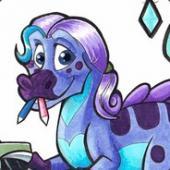 I'm excited for this! I love Christmas, and I'll join a PVP Extinction server just to watch players endgame each other over the loot Raptorclaus drops. Like chaotic last-second Christmas shopping.