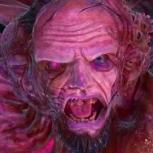 The New Tender Loving Care is REALLY COOL! and i can't wait to get my moldy hands on it!  (I updated it cuz i can't help myself)

But i Also have some little additions i would add for other tames, Now the rules are that theses are not full on TLCs just some small additions. ( i may break some rules and feel free to call out)

19 replies to this server topic