By StudioWildcard,
October 9, 2020 in Announcements 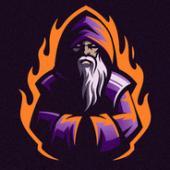 What they honestly need to do , to revive the game is fix all duping, meshing ,hacking (basically all cheating methods) and also make a ban for insiding because its killing the game(new tribes cant be

Yeah cool on the colours- BUT - DILO with no harvesting rate increase? You shafted us on the "it's x2 standard now even though it isn't" and now we don't even get something on an Event?  Seriously?