Has anyone beat the bosses with Allos ?

By St1ckyBandit,
October 6, 2020 in General Discussion

You can absolutely beat bosses with Allos.  Ive been doing it since I bred the original 6.5k 419s on PS4 PVE.   Slightly newer stats wipe out alpha monkey in no time and my top stats now can solo a wi

Going for round 2 this week against the center boss. Target group is 15 (6 tames + 9 bred) Allos 2 Tek Rexes 1 Yuty 1 Piggy. Will have a friend in tow as well.  We have good saddles for everythin 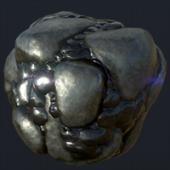 Record your boss fight please, I'm sure I'm not the only one who would be interested in watching it.