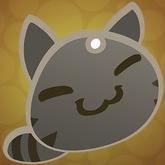 By Paroxyde,
October 31, 2018 in General Discussion

Well, we were "Trapped" in the simulation, and when we escaped we awoke in the "Colony ship". We still have no idea where it's going. A Rockwell tentacle appears out of the room we were in prior

Talked with the mod that merged it. Simple mistake. They will be fixing it for you guys soon.

Sadly that's not up to me... @ArkTheorist123is the main man here. Aaand that's a tag, so he'll show up eventually.