It won't let me upload dinos to obelisk 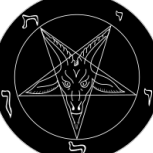 By Laveyan,
September 3, 2020 in General Discussion