How many Blood Packs for Bloodstalker lv 150 now ? 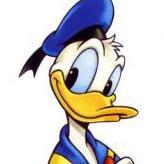 By DonaldDuck,
August 22 in General