Suggestion: a decorative object that you can display various kinds of flowers in. Which flowers? Flowers grown from berry seeds, as well as rare flowers/mushrooms and possibly crops and plant species X/Y/Z.

How would it work?

Below are some example images. I made flowers for each berry based loosely on the flowers of the real-world berry that I think each Ark berry most closely resembles, and the flower color contrast the color of the berry (e.g. purple mejoberries have yellow flowers, black narcoberries have white flowers, etc.). Each plant could also have its own leaf shape, but I just used a generic leaf here. 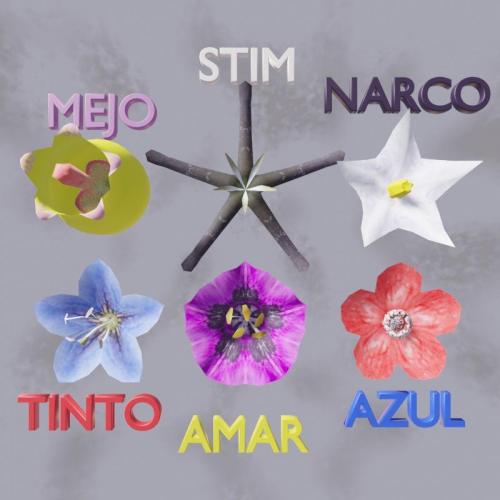 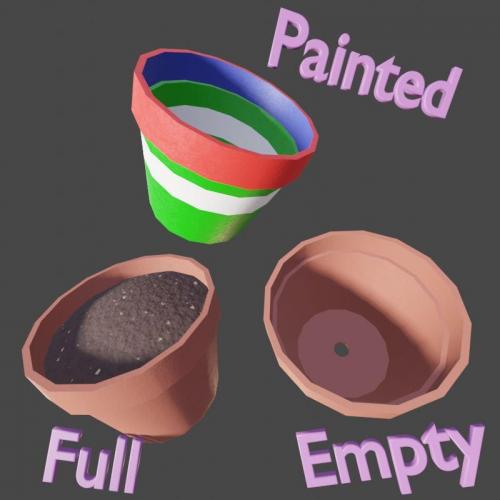 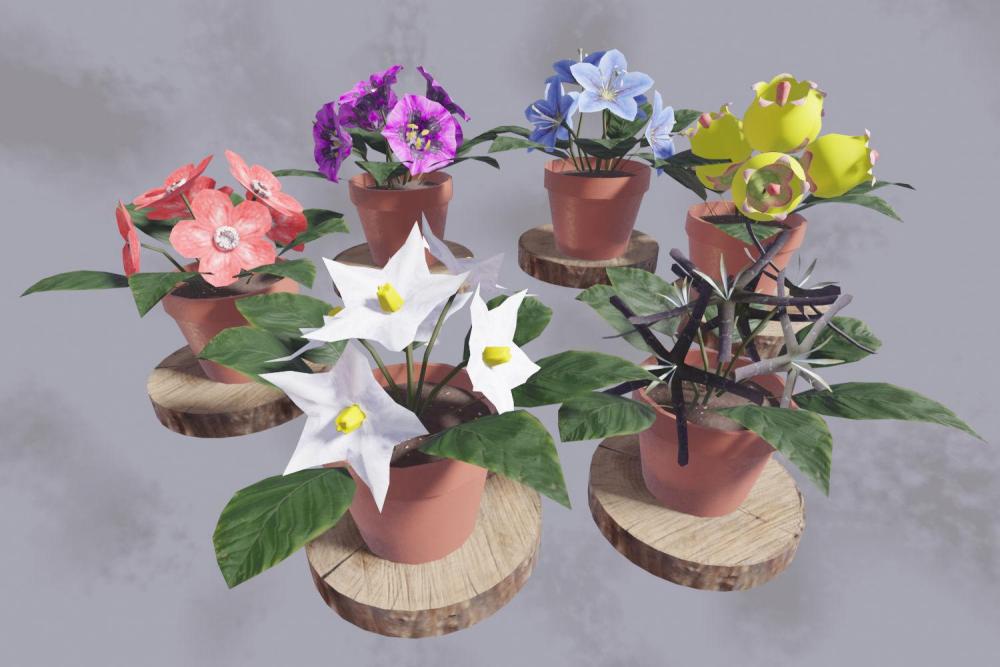 Each potted plant runs about 1000 polys, most of which are in the flowers themselves. I tried to be frugal, but a competent artist could probably cut it down significantly.