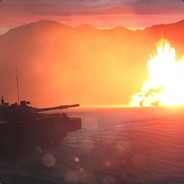 By Snerpes, Saturday at 03:29 PM in Server Advertisements