By Scribelord,
July 28 in General Discussion

All the buffed creatures probably won't be getting full TLCs, they seem to be popular choices for it, but instead of actual TLCs, they're just getting buffs. That means carbonemys, carnos, liopleurodo 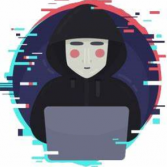 I too am a little disappointed but honestly, take into consideration what is going on right now. I dont do the EXACT same job as a developer but I work as a database administrator and with COVID19 goi

TLC 3 Disappointments I'm sorry but I just have to get this out of my system.   2 raptoring creatures? Are you serious, we've waited months for info thinking they were making it excitin