What's this structure used for? 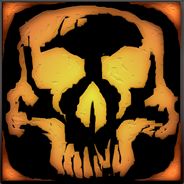 By Morticielle,
July 21, 2020 in General Discussion