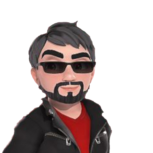 I would like to see a system to get rid of the pillar spam.

Structures outside the no build zones have a very short decay

Flags that overlap another flag zone from the same tribe extend the radius to the new flag position so 2 flags would have a max range of 55.5 foundations. This way bases would always have a circular no build zone.

Please feel free to expand on this idea in the comments

NB. flags would have to be personnally managed (not tribe managed) so each individual player would have to log on to refresh the timers