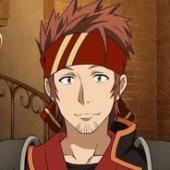 By Kanosa,
June 5 in General Discussion

Half these pansies don’t know about 24 hour theri tames  or sitting in your quetz trap floating in the air for four hours . Had it easy I say ?

What did they do to Ovis this patch??? So in the most recent patch of the game it states "Reduced scaling factor of sheep harvesting health to reduce stalls"  Now today I got wiped all my cryos gon