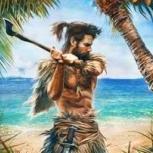 Could we get large contiguous maps again please?

By CaveNoob, April 24 in General Discussion