Honestly, I'm just waiting for a map with no transfers allowed in. 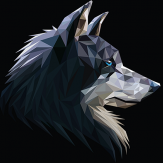 By WolfBrinkTV,
April 22, 2020 in General Discussion