By StudioWildcard,
March 10, 2020 in Announcements

The dates have been corrected.  My body just didn't want to type Friday the 13th!

How about make the evo events for 7 days instead of just the weekend.  So players of ark work the weekenda and cant take advantage of theae events.  Maybe do like 7 days evo event, 7 days no evo event 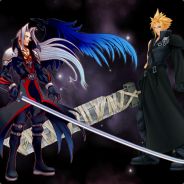 ced no drinking on the job Survivors on all platforms will be receiving a special Evolution Event perk this weekend! It will be active from Friday the 31st of Jan at 1 PM EST until Monday the 3rd of F