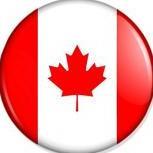 Bring back the Raptor pounce

Please, now its so easy

I loved the pounced, it made it a challenged.

14 replies to this server topic