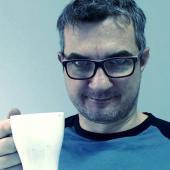 My suggestion is to start Genesis WITHOUT a leveled character.
Total start of new - barefoot people running in dirty panties - 1 lvl people. The game would be more exciting and challenging. Early transfers (even character ones) broke game.

I suggest to open transfer as late as possible - for example at Genesis Part 2 launch.