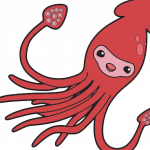 I believe having a version of ark windows 10 edition to host servers and decrease the size of the windows 10 version whilst adding a lot of features from the PC version to make things more easier to use and have. Almost 100 gigabytes for the ark windows version is insane, for me the main reason I use windows 10 version of ark is to host ark servers for my Xbox group. But even then you can also play with PC players as well so I feel having a version that is meant to host a server would be very useful, and I don't really know the details of it all but I feel as though you guys could just remove a lot of stuff from the base version, meant for the sole purpose of hosting servers. Also finally, and this is somewhat of a stretch as is this whole post but if you could make it in a way that it can also be used for PS4 and Steam Users as well. I know it may be difficult probably due to licensing and such, but again that is why I said its a stretch. But I feel as though something like this would benefit a lot of the groups that play with friends in single player.