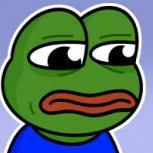 Character ID's in log and Steam ID's through spyglass.

Character ID's in log and Steam ID's through spyglass.

Due to the increasing amount of cheaters on Official PvP, it would be a great idea if when you are killed by a player, not only will it show their tribe name and character name, but also their character ID. This will make reporting players MUCH easier if they are aimbotting or abusing exploits. Not only that, but it might make players hesitant to buy a aimbot if they know how easily they can get banned. Right now you can aimbot basically where ever and when ever, because in the end it will be battleye banning you not the GM's.

I also suggest being able to see Steam ID's through the spy glass, so if your in a safe position you can easily get their steam id and not have to worry about the 123 steam name.

Here is a clip of where i get aimbotted. If i could have seen his character ID, it would have been much easier for the GM to ban him, and also make it easier for me to report. Because no matter what type of anti-cheat you use, people can always bypass it.