Ice Wyv from Valg Stuck in CryoPod ... Cannot deploy on any server 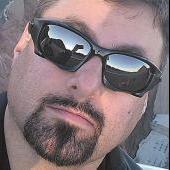