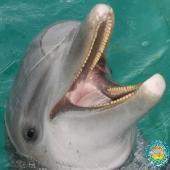 I have a prayer for you, because there is a group of players that like to sabotage official PVE servers by turning them into PVP servers and by doing that, then they are taking away all the joy and pleasure that this Winter Wonderland 4 event has to offer and this group expect that everybody else to accept this and they always geting the last word.

Trying to talk with them are always resulting in either they ignore or they don't mind to talk about it but they always refuse to control them self, so since your developers have the highest control over this game, then your the only one that's capable to modify this game in a way that can benefits us all that comes to official PVE servers, to take it easy and still have the chance to get access to event stuff directly from santa gifts without have to compete with other players or being forced to beg or pay other players to get event stuff, which is a concept that belong to PVP servers.

I have a suggestion how to modify the game in a way that can deal with this group of players that refuse to cooperate to make this game great for us all. The way this can be done is to give each player a cooldown after claiming a santa gift so they have to wait till this cooldown is gone before they can claim the next santa gift.

Also, when a gift have been claimed, then it's only the player + tribe memeber that can access the inventory and take the content inside that gift.

This way will gives everyone a much more equal share with all the santa gifts that are spawning. Also the cooldown needs to be locked on to the players ID to avoid players from just creating a new character in order to cheat this system and also so that the cooldown also will follow them if they transfer to another server.

There should also be an exception in case that not enough players claims them, no matter if players are taking a break from collecting or not able to get to them doing to spawn location, which will cause them to despawn instead of being useful for payers that still want them.

The exception can be that when the santa gift gets down to 10/100 then players with cooldown will be able to claim them but not sure if it's a good idea that the timer should be reset when claiming a santa gift in exception state.

I can imagine that 1 hr or 2 should be a fair cooldown and I hope so badly that your developers will modify the game in the way I tried to picture here or in least getting very close to it, then I will be all your developers ethenal grateful.