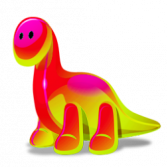 By MirageUK,
December 19, 2019 in Server Administration

Admin / Trusted Player Tool - Game Save Visualiser Just a quick post of my own instead of hijacking others and name-dropping a new tool I've been working on. It's essentially my own UI which

Update - I'm no longer going to have time to do anything on this for the next couple of months.  Finally got completion date and will be picking keys up to our new house today.