Weigh In: What you want in ARK?

By Cedric,
November 5, 2019 in General Discussion

Weigh In: What you want in ARK? Your voice is needed.  Whether you are casual, hardcore, PvE, PvP, official or non-official, your opinion on ARK matters.  Your voice will shape the future of ARK a 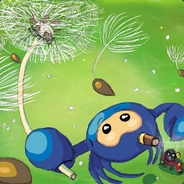 Achievements for DLCs! Been crossing my fingers for a few years now, they're getting numb   Thanks for letting us provide feedback. Appreciate that we get to chime in ^^