By StudioWildcard,
September 24, 2019 in Announcements

Please stop putting robots in a dino game just make a ark 3.0 with robots and give it a different name like yall did with atlas aka ark 2.0

Adding new dinos that would just do the same things as the dinos we already have would become boring very fast. Adding stuff like this, whatever it is, can add much more variety and encourage more peo 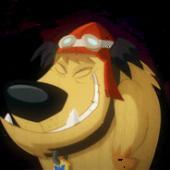