Community Crunch 195: Public Beta and On The Horizon

By StudioWildcard,
August 19, 2019 in Announcements

I can assure you that you were not a factor in the decision about the changes to longnecks. You're incoherent. Nothing you say makes any sense.

- Mek shield debuff set to not be given on shield deactivation This is a really good nerf to the current mek shield spam meta, however I don't think it really addresses the main issue with the de 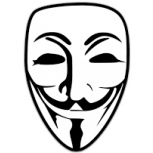 Use cryopods, devs made it craftable on every map, use this gift. ORP PVP is a thing. Play unofficial then. Wow, you are hooked. Devs are doing great, respect that.