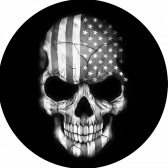 There are several RTS and TBS games that use one form of Epoch system or another, and I personally think it would make the Ark experience feel much more thorough.  First, we need to axe Prim+ as a total conversion and integrate those assets into the main game, eliminating any overlap.  After that, Epochs are established, which will restrict player access to certain resources, tools, and structures.  Each Epoch will have its own independent leveling system, where level ups will come with unlocks within that Epoch.

can harvest stone, wood, thatch, berries, fiber, and other base resources

Once the player progresses through level 10/20, they are given the option to progress to the next Epoch, and they are given a new set of levels they must progress through.  The next Epoch gives them level dependent access to better tools and resources.  Eventually, by way of progression through the Epoch system, they become smart enough to tame creatures, which would also be Epoch restricted, and refine resources.  Certain base resources, as the player progresses, could be refined into more efficient resources: charcoal could be refined into coal, which would last longer in forges; crude oil could be the natural state of oil, which then has to be refined to be used; iron could be the natural state of metal, which has to be refined into steel to make better tools.

An Epoch system like this would draw out the game experience, giving far more relevance to the early stages of the game.  At this point, you progress so quickly that much of the early game is all but pointless.  Epochs would make acquiring that slingshot relevant, as well as 'Jesus, I can't wait until I get the frigging boomerang!'.   The Epoch system would also allow for servers based around certain Epochs, rather than base and prim+ servers.  You could set a server to stop at the bronze age and so on.  This would also make it so those seeking to engage in RP through this game don't have to step outside of the main game.  I mean, every server needs a pizza place and juice bar, amiright?