So... Where are the dinos ? (again ?) Okey 2 new DLCs and 3 new creatures: A robot buddy A lava lizard  A 4-arms gremlin-garogo hybrid Edited: and now a 6-eyes Turtle. Serious 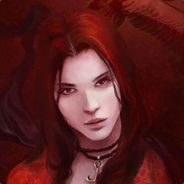 I mean, all we've seen are early teasers. Give them time and they'll start releasing Mysterious Mysteries. But look, this has been a sci fi game for a long time. This is a game about forced evolu