By StudioWildcard,
August 5, 2019 in Announcements 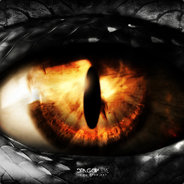 Pfft. If the game was fixed, it wouldn't be ARK. That's part of the experience.

this better not be item skins :l