Duping and Transfers on xbox 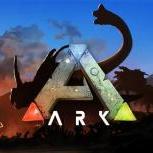 In my opinion yes it should but only if they are going to address meshing to otherwise it serves no purpose. Climbing picks on abberation only, chairs only placable on foundations, and etc. Some of th

Exploiters: Ban or Reward? Watching the later life of Ark and the release of the much anticipated ATLAS, it has me asking some questions.  If cheating and exploiting is the only way to stay on