Death of your first tame 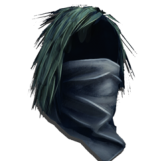 By JustAnotherBeachNoob,
July 7, 2019 in General Discussion