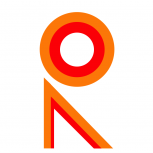 I have a suggestion regarding Lymantria breeding. First of all, I did't understand if they're actually breedable because on the Ark Wiki it says they're not, but if you look for Moth Eggs on the Wiki it says they are. Also I've never seen a Lymantria live in game because I've never played on a map with Lymantrias yet. But anyways: it would be nice if you introduced a metamorphosis process. Fertilized eggs shouldn't hatch into mini moths, but into caterpillars. You should then feed them crops to make them grow and eventually they would make a cocoon. They should stay in the cocoon state for around half an hour and finally they should hatch into a Lymantria. This would make the game much more realistic and I think it would really be fun!