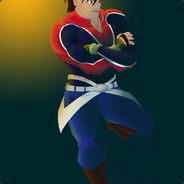 I had a cool idea for a new ARK. It would need to be huge and the main draw would be free roaming bosses.  Each of the current bosses would have a territory and be ranked from beginner to endgame. Each free roaming boss would be its respective basic forms, gamma i believe, terminals deep in their territories would be used to accept trophies to increase their difficulty level for a limited time. we would have to LITERALLY hunt the bosses to get tek and progress, this would also mean PVE would have to build proper defenses for their bases in and near territory zones. also the ocean and lakes would have a boss as well. also a poisoning effect for sea creatures in river and lake habitats and vice versa, to being in a unhospital habitat.

some map specific creatures would be needed too"

ORCAs would have a rush ability that would stun a creature when it run in to it and deal additional damage to Sharks (Orcas hunt sharks this way literally just for fun. killerWhale is not a joke name). Another smaller shark, maybe TIGER SHARKs, Rodhocetus, Desmatosuchus, maybe few mythical creatures like HIPPO-CAMPI and THUNDERBIRDs,

some ideas for boss territories would be:

Under ground Cave ruins - BROODMOTHER LYSRIX with Arano and Titanomyrma

Abyssal Oceanic Crags - KRAKEN (lest face it we need this) with Ammonite, Eurypterid, Ichthyosaurus and Angler

Central Skies - SOLAR PHOENIX solo or with griffons, this one would be HIGH in the skies and usually not be able to seen from the ground its terminal will be the same terminal in the center of the map used to access the OVERSEER end fight. Jet streams will crisscross the Solar Phoenixes area being inside one will keep parachuters hovering, gliders and fliers will recover stamina and gain altitude

anyways thats my idea,  all the inbetween area would be normal zones but obviously the stronger more powerful dinos would exist in the boss territories