Mass Babies starving WITH FOOD ON AND AROUND THEM! DEVS WON"T HELP STILL! GOSH?

By oneshotkillfc,
April 11, 2019 in General Discussion

Or you just intend on irritating people. Which seems to be the growing consensus.

I am gathering these are unattended dino's. Otherwise you would have saw your food going down on them long before they died. You can always hand feed them pick up the food and destroy the trough 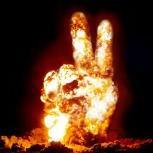 I have a 9 year old and 16 year old son and I still have to make sure the 9 year old eats. I need to sit there and watch him. The 16 year old on the other hand eats me out of house and home. My wages