My issue is the creatures they chose for the ultimate kibble dont deserve the effort of the kibble or even the "honor" of being labelled the best.  Its a big joke.  This should b rather obvious if u r

Are you not gonna mention why there has been terrible gameplay issues since s+ update ? ? 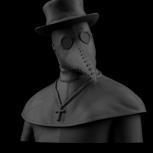